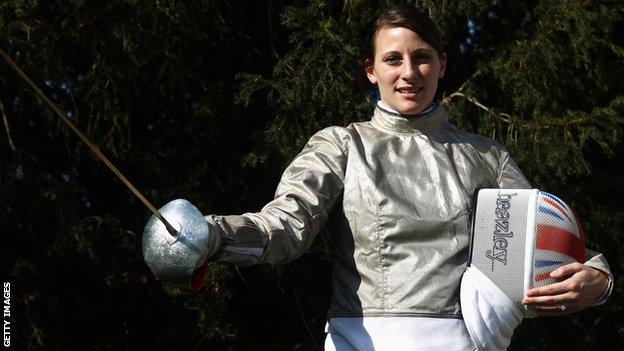 Four British fencers overlooked for the London 2012 Olympics have had appeals rejected by an independent panel.

Jo Hutchison, Chrystall Nicoll, Alex O'Connell and Jon Willis had their appeals referred to Sport Resolutions after missing out on places in Team GB.

The panel supported British Fencing's selectors but expressed several strong reservations at the manner in which its decisions were taken.

The fencers selected to the British team have yet to be announced.

Richard Kruse and Natalia Sheppard are the only two Britons to have qualified for London 2012 on merit, with eight further wildcards - awarded to Britain as the Olympic hosts - to be assigned when the British Olympic Association announces the full fencing team on 12 June.

Those eight places are discretionary: in other words, while the decision still rests partly on past results and form, British Fencing's selectors are ultimately free to select anyone as long as they follow their own written selection policy.

There was no substantial failure to follow the process outlined in the selection policy for London 2012 which gave rise to any unfairness.

The four fencers' appeals were based on claims that the policy had not been correctly applied.

The independent panel heard evidence from all four and British Fencing before concluding: "There was no substantial failure to follow the process outlined in the selection policy for London 2012 which gave rise to any unfairness."

However, the independent report did stress that several aspects of the selection procedure were concerning, chief among them the presence of Jon Salfield on British Fencing's selection panel - GB's national sabre coach, but also the personal coach to all three sabre fencers nominated for the Olympics.

The report believes Salfield's conflict of interest could have been better managed.

"It is said that he was very careful to ensure that the points in favour of each fencer were properly made," reads the report.

"But this does not entirely meet the point of the potential for unconscious bias on the part of a person who was the personal coach to three of the candidates at the same fencing club.

"It is true that he left the room to allow the rest of the team to consider its views, in order to avoid the apparent conflict of interest inherent in his position, but that was after he had laid out his interpretation of the performance data."

Hutchison's results in the 2011-12 campaign on paper outweigh those of Sophie Williams, who reports suggest has been nominated to the British Olympic team at Hutchison's expense.

But Salfield took to the Fencing Forum website to defend his conduct and the team selection.

"I, my club and my reputation are currently being judged by the fencing community," he wrote.

"I appreciate that as a personal coach to some athletes, the rest of the team and myself should always be aware that there may be subconscious bias. I have tried at all times to scrutinise all data objectively, and I believe the data used is fair, and all of it is available in the public domain.

"Due to lack of clear difference [among the fencers in contention], 2016 potential, recent form, and who athletes had beaten in [Olympic] qualification were clearly important factors, and a difficult value judgement had to be made."

Willis based his appeal on a concern that Alex Newton, the British team's performance manager, was - in the words of the independent report - "predisposed against Willis because of a complaint he had previously made about a selection decision". Newton denies this.

On Wednesday, British Fencing issued a strongly worded statement defending itself against a separate article in The Times (subscription required). The newspaper reported allegations of impropriety in the selection of Williams, who is the daughter of what the paper calls "a leading sponsor" of the sport in Britain.

British Fencing termed the story "not only factually incorrect but wrong on so many fronts" and denied any wrongdoing.