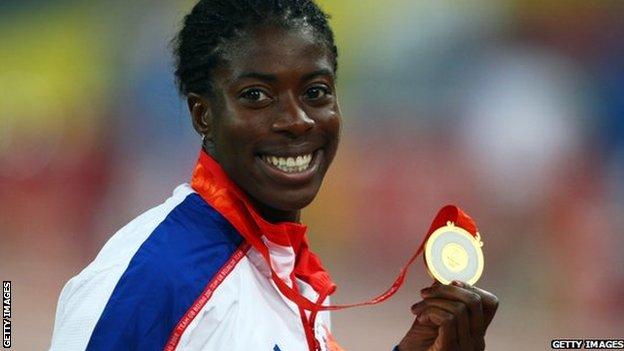 Christine Ohuruogu says relying on home advantage for the London 2012 Olympics would be a "false sense of security".

The 400m runner lives in the shadow of the Olympic Stadium but her preparation for this summer's games has not extended to visiting the venue.

Ohuruogu, 28, said: "I have no need to go. Whether I see it or not doesn't make any odds to how I compete."

She added: "If you know what you are doing it doesn't matter where you run, you will do what you need to do."

I don't need to see the track. A track is a track

The East London-born athlete told BBC Radio 5 live's London Calling she would be ready for the Games and strive to win 400m gold a second time, adding to her success at the 2008 Olympics in Beijing.

She said: " I am confident that I will do everything in my power to get it done, to be as successful as possible."

But she added getting to know the London venue afforded no advantage over her rivals: "They are talking about advantage but for me, to rely on that as an advantage is a false sense of security.

"If you know your game well enough you can replicate that wherever you run in the world. I don't need to see the track. A track is a track.

"But I've heard some good feedback, it's good that people can see the stadium and are like 'it's good, it's fantastic, it's great, I can't wait', and that's nice, it's nice to know that."