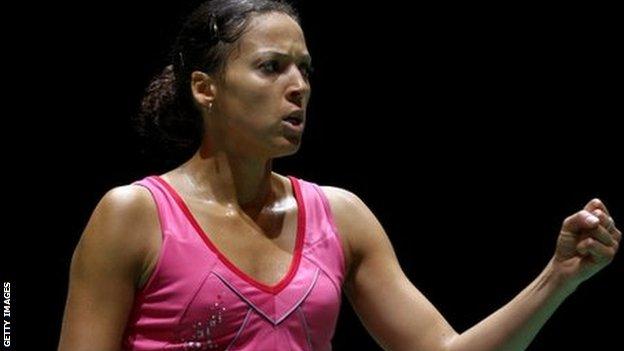 England number one Elizabeth Cann admits she will have to take her career one year at a time after missing out on an Olympic place.

Scotland's Susan Egelstaff beat her to the spot in Team GB at Wednesday's squad announcement.

Egelstaff finished above 33-year-old Cann in the badminton world rankings at the end of the qualification period.

"I'm really disappointed and it's something I've worked towards for a long time," Cann told BBC Radio Jersey.

"It was always going to be tight between us because we're so evenly matched.

"I knew it wouldn't be a walk in the park to qualify.

"I think potentially the rankings swayed it but it was still fairly even when you break down all the elements involved."

Cann's omission from London 2012 means it is now likely that Jersey will have no representatives at the Olympics for the third Games in a row.

The last competitor from the island to appear at the Olympics was swimmer Simon Militis in Sydney in 2000.

Cann will be 37 by the time of the next Games in 2016 and is not sure how long she will continue playing for.

"I potentially won't play anything until September," she said.

"I think it's unlikely I'd go that far on [to the next Olympics] to be honest.

"There are other things I want to do in my life but my body is still in good shape so I'll take it one year at a time."

Chris Adcock and Imogen Bankier will represent Great Britain in the mixed doubles while Rajiv Ouseph has been selected for the men's singles.