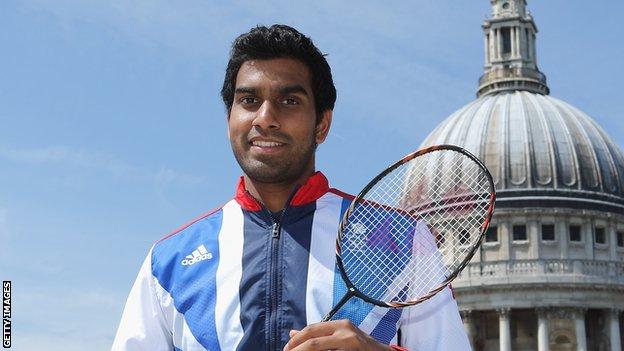 Rajiv Ouseph says he is comfortable handling the added pressure of competing in a home Olympics.

The Feltham resident will represent Team GB in the badminton men's singles.

The 25-year-old told BBC London 94.9: "Expectation is a big thing for an athlete. Not many people get a chance to compete in a home Games.

"I don't think it's natural to be casual about it. I'll try and use any nervous energy in a good way and help it get me going."

He added: "People go one or two ways. They either get a bit too nervous or get inspired. Hopefully for me it will be the latter.

"I'm trying to deal with it as well as possible."

After Ouseph's performances this year secured him a seeding for the tournament, the Hounslow-born player is hopeful of progressing to the latter stages in what will be his first taste of Olympic competition.

"This year I've had one or two good wins and I know I've beaten some of the best players in the world," he continued.

"It depends on that one week. The first thing is getting out of the group and then anything can happen in the last 16 stage.

"If you can put everything together and things can come off, there's no reason why you can't go really far in the tournament.

"You need to relax and use the crowd as much as you can.

"If I look up to the crowd and see a few friendly faces that will only spur me on."