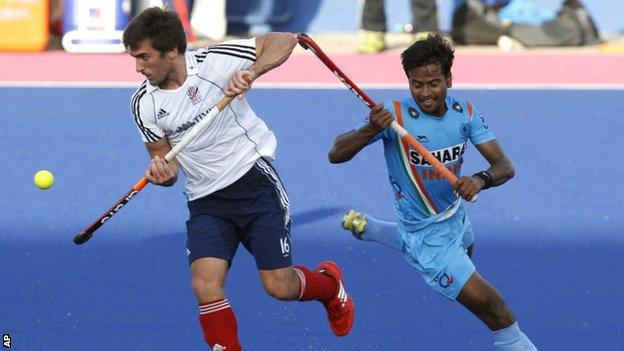 GB hockey coach Jason Lee believes his side need to be more clinical in attack after they missed out on a medal at the Sultan Azlan Shan Cup in Malaysia.

Lee's team - who open their Olympic campaign against Argentina next month - lost 3-1 to India in the bronze-medal match in Ipoh.

Lee said: "We need to be sharper and more creative around the opposition circle. That cost us.

"But overall I'm happy with what we learned during the competition."

Ashley Jackson opened the scoring as GB led at half time but India took the bronze thanks to goals from Shivandra Singh, Sandeep Singh and Tushar Khandker.

GB are ranked number four in the world, and will also play South Africa, Pakistan, Australia and Spain at the Olympics.

The GB women's squad, which has already been selected, open their campaign against Japan a day earlier - at 1900 BST on 29 July - with further matches against South Korea, Belgium and China, before taking on world champions the Netherlands in their final group match.

Great Britain's women are also ranked fourth in the world, but won the Olympic test event, defeating Argentina in the final.

"We now need to work very hard as a group ahead of the Olympic Games."