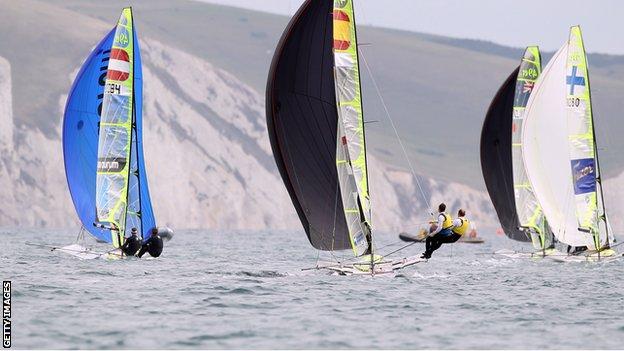 The 2012 Olympic and Paralympic sailing venue will be put through its paces for the final time next week as it hosts the Skandia Sail for Gold Regatta.

Seven hundred of the world's top sailors will descend on Weymouth for the event, which runs from 4-9 June.

The event is the penultimate leg of the ISAF Sailing World Cup series.

"It is going to be one of, if not the most competitive ISAF World Cup regatta this year," said British team manager Stephen Park.

"Naturally we would expect that all of the competitors who'll be taking part in the Games will be racing here. We know that a number of countries will be using this event as their final selection event for their teams.

"Whatever the outcome this week, we won't be getting carried away. We're focused on the end game of the Olympics," he added.