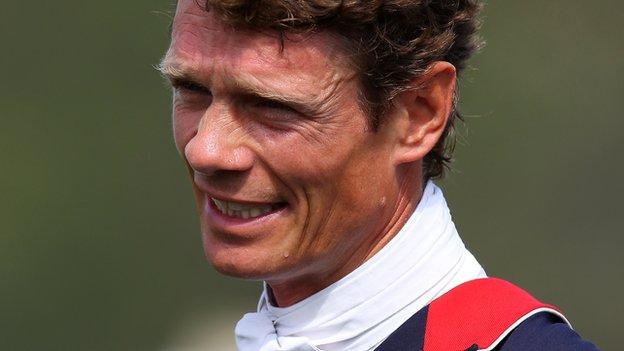 Fox-Pitt, riding Bay My Hero, won by four clear penalties despite having one fence down in the showjumping finale.

The Queen's grand-daughter, 31, is hoping to improve her chances of being selected for the Olympics.

Fox-Pitt, Mary King, Piggy French and Nicola Wilson are likely to feature for Britain at Greenwich Park in July, leaving one place available.

The Bramham Horse Trials, which are being held this weekend, are likely to be key to Phillips's chances of being selected.

The 47-year-old is bidding for a place at the London Olympics despite fracturing three vertebrae in his neck in October.

He jumped two clear rounds as Britain finished joint-second in the Nations Cup on Friday.

And Stockdale followed that up by again going clear twice with Kalico Bay, but his jump-off time of 51.64 seconds was not quite enough to better German winners Marcus Ehning and Plot Blue.