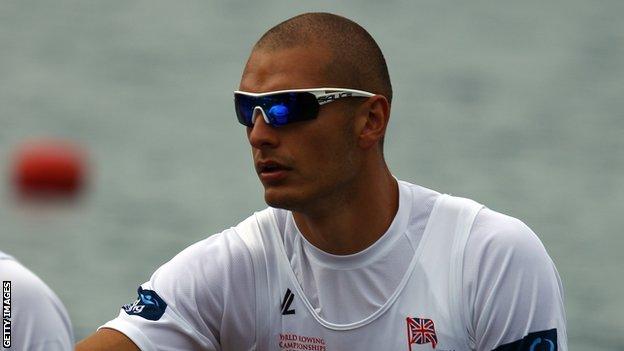 Mohamed Sbihi has described his selection in the men's eight boat for the London Olympics as "a dream".

The 24-year-old took up the sport nine years ago after being discovered through a talent identification scheme while at school in Surbiton.

He told BBC London 94.9: "An opportunity has become a dream and the dream has started to become a reality.

"I feel very fortunate. It's almost like a fairytale. If I hadn't gone into school that day, I wouldn't be here."

"They wanted all the tall kids in the year to go to a special PE lesson," Sbihi added.

"I didn't really want to go because I wanted to play football but my PE teacher pulled me back and told me that as I was the tallest guy in the year, I had to go.

"Before I knew it, I was in the top four out of 10,000 kids who had been tested in our area. I didn't like it to start with but then it slowly hooked me.

"I feel honoured and proud to wear the GB flag. I have to thank everyone who has been involved in my development."