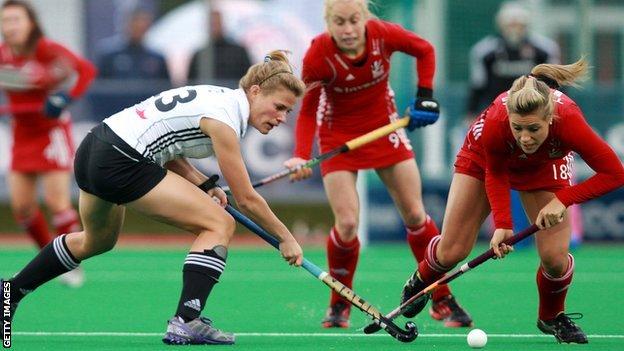 Great Britain suffered a 2-1 defeat against Germany and missed out on the semi-finals of the London Cup, their final pre-Olympic tournament.

The visitors scored twice in quick succession, through Hannah Kruger and Janine Beermann, to leave Britain 2-0 behind at the break.

Britain will meet Ireland in the fifth-sixth play-off on Sunday.

Great Britain, who won the recent Olympic test event by defeating Argentina in the final, had needed to win by two goals to make the last four.