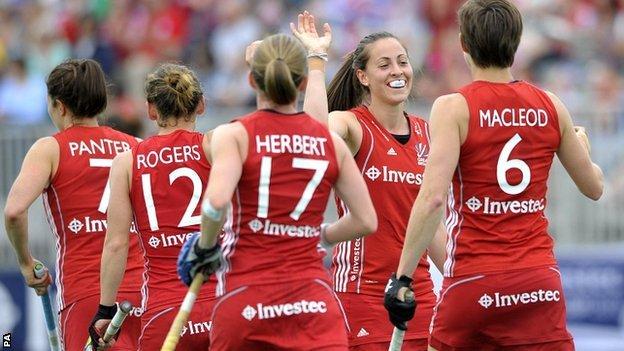 Leicester forward Hannah McLeod, who turned 28 on Saturday, scored twice in the first half.

Emily Maguire of Reading added a third from a penalty corner after half-time as Britain won the play-off for fifth place in Chiswick.

The Netherlands beat Australia 4-1 in the final, with captain Maartje Paumen getting two of the goals.

Britain had earlier missed out on a place in the semi-finals after losing to South Africa and Germany.

Danny Kerry's squad will have a week off before returning to training ahead of the Olympic tournament, which starts on 29 July.