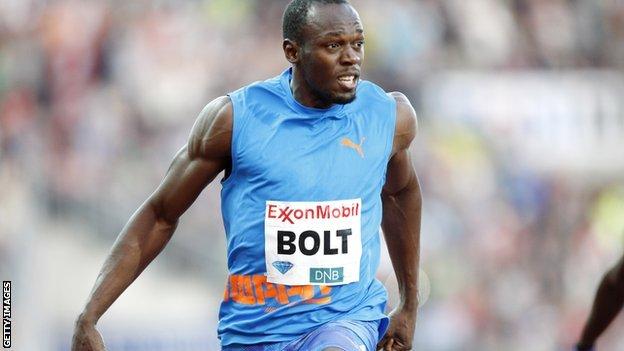 Triple Olympic champion Bolt, 25, had been returning home in the early hours when the accident happened near his home in Jamaica, according to reports.

"Usain was in a minor accident in the Half Way Tree area and sustained no injuries," said Carole Beckford.

Bolt is due to take part in the national trials later this month ahead of the Olympics.

It is not the first time the Jamaican has been involved in a car accident.

In 2009 police said Bolt, also the 200m world record holder, was taken to hospital with a female after an accident in Jamaica.

Jamaica's Gleaner newspaper reported that compatriot and sprint rival Asafa Powell was also present, but in another car, at the latest accident.

Beckford added Bolt, who ran 9.79 seconds in the 100m at the Diamond League meeting in Norway on Thursday, was resting at home following the incident.