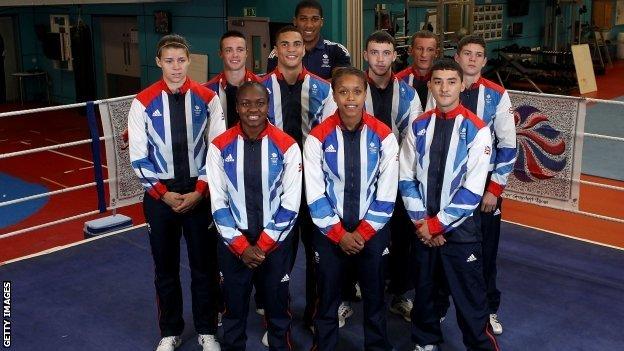 The first British women to compete in an Olympic boxing tournament have been named in the final Team GB squad.

Anthony Ogogo and Josh Taylor were also confirmed in the men's squad for the boxing event, which starts on 28 July.

"Three years ago [women's] boxing was not even an Olympic sport so to think that I am going to represent Team GB in London is just the most amazing feeling," said Adams.

Lightweight Jonas, 27, won bronze at the World Championships in China earlier this year.

The 10-strong squad includes one world champion, three European champions and four world finalists. Seven are ranked in the top four in the world in their weight class.