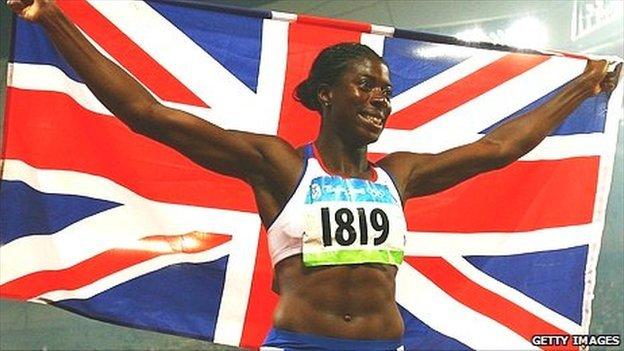 Christine Ohuruogu is feeling confident as she prepares to defend her Olympic 400m title.

The 28-year-old will run at the London Grand Prix at Crystal Palace on 14 July, likely to be her final race before the start of London 2012.

"I feel the excitement as, after a few years held back by injury, I am back in good shape," says Ohuruogu.

"I still have more work to do in training but everything is on the right track."

The Olympic champion struggled with injuries after capturing the gold medal at Beijing in 2008.

She was disqualified in the heats of the 2011 World Championships in Daegu, but earlier this year she was part of the British team that won the 4 x 400m at the World Indoor Championships.

She clocked 50.69 in New York last Saturday, the fastest time she has ever recorded in the build-up to a major championship, and she is very happy with her form as she prepares for her Olympic defence.

"I felt good before Beijing, I had won the World Championships in 2007 and was very confident. If I am fit and healthy going into a Championships I know I will run well.

"My lasting memory of the Olympic Games is the feeling of achievement and the satisfaction of doing what I had been working for with my coach Lloyd Cowan for many years."