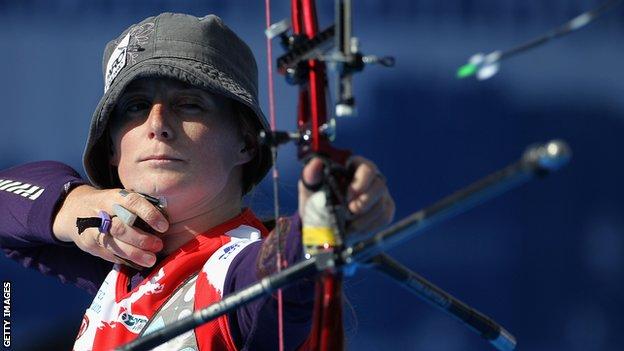 Folkard won her third European silver medal this year. She was runner-up at the 2006 Commonwealth Games and narrowly missed out on a team medal at the Beijing Olympics when she, Alison Williamson and Charlotte Burgess lost to France 203-201 in the bronze-medal match.

Born in Leamington Spa, Folkard first tried archery at scout camp aged five. By the age of 12 she was a member of the British junior team.