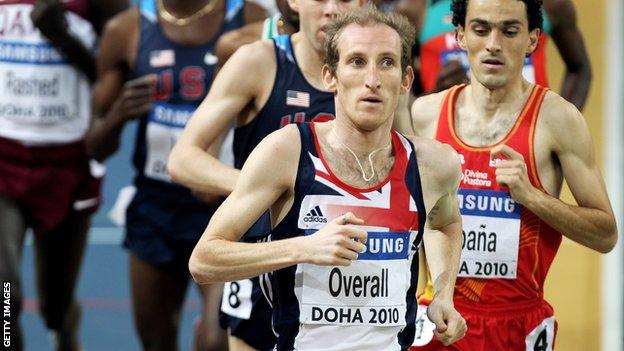 Scott Overall was the first man to be selected for the marathon by Team GB after he ran ran two hours 10 minutes and 55 seconds on his marathon debut in Berlin last September.

He ran at shorter distances on the track for Great Britain at the 2005 under-23 European Championships and 2010 World Indoors.

Overall worked in a running shop in London before committing to the sport full-time after he ran his Olympic-qualifying time.