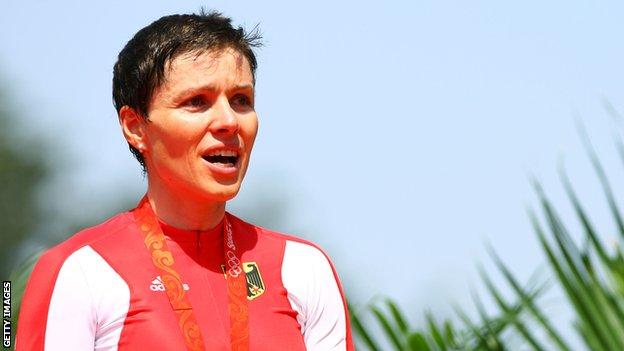 Sabine Spitz won Germany's first ever mountain bike gold at the 2008 Olympics in Beijing to improve on the silver medal she won in the event at the World Championships in the same year.

She won bronze in the mountain bike at the 2004 Olympics in Athens, but is off the pace this season against younger rivals and is an outsider to defend her title.