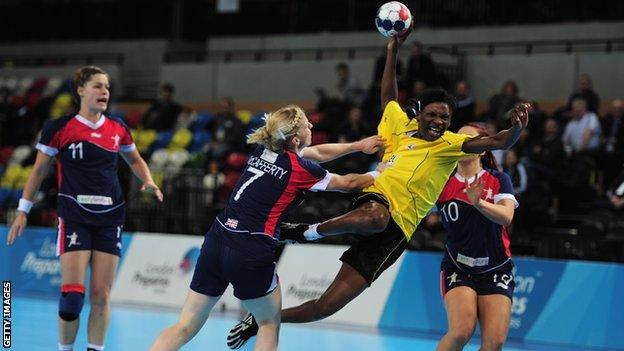 The 33-year-old Scot has been chosen by the British Olympic Association to lead a 14-strong squad, which is competing in the event for the first time.

McCafferty said: "I feel extremely honoured to be part of the biggest sporting event in the world, at home."

The squad has been training at the Crystal Palace National Sports Centre for the last 15 months.

Among those chosen are Louise Jukes, who gave up her house and job in Ipswich five years ago to pursue her Olympic dream.

The women's team finished sixth out of six at an Olympic Test event in London in November, but did score a surprise 22-20 victory over African champions Angola.

They will compete at the Copper Box in east London, starting on 28 July.