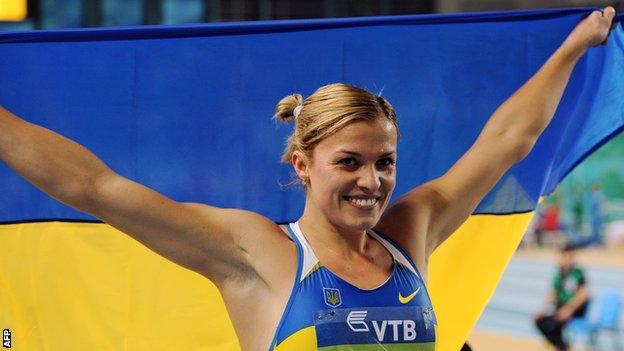 If Jessica Ennis intends to win the heptathlon on home soil at London 2012, she will have to dethrone Beijing 2008 champion Nataliya Dobrynska.

Dobrynska has already edged out Ennis this season when she produced a record breaking total of 5,013 points at the World Indoor Championships in March.

The Kyiv Oblast-native's strong displays in 2012 began when she broke the Ukrainian national record at the start of the year.

Dobrynska's coach, Dmitry Polyakov, will sadly not be present in London after he died of cancer soon after her World Indoor Championships success.