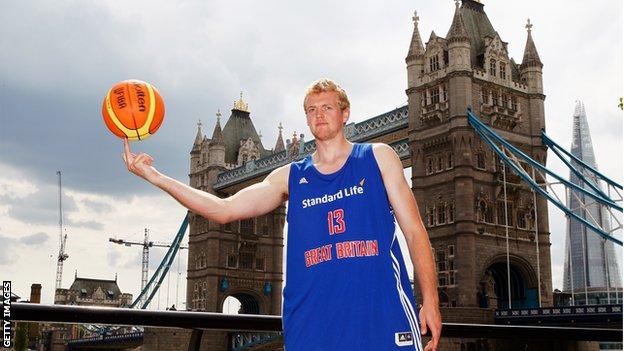 An improved Great Britain were beaten 63-61 by Lithuania in their second Olympic warm-up game in Houston.

With less than two minutes remaining, GB - ranked 75th in the world - led the sixth-ranked side by two points.

Britain, who were far better defensively than they were in their defeat by Nigeria in their opening game defeat, next meet Russia.

They began the match, in front of a 200-strong crowd mainly comprising Lithuanian fans, well and opened up a seven-point lead in the second quarter.

Lithuania, who start their Olympic qualifying campaign next week, fought back to end the first half level at 37-37.

Clark, with three defensive rebounds, made sure GB started the final 10 minutes at Houston University in Texas one point in front as he netted three points at one end of the court before swatting away a Lithuanian shot at the other.

The fourth quarter was a tense affair, with only two points scored in the first four minutes.

It proved to be the game's defining moment as Lithuania scored again to take a two-point lead.

GB had the last possession but with less than three seconds remaining they struggled to find an open shot and Dan Clarke's three-point attempt from downtown hit the rim.