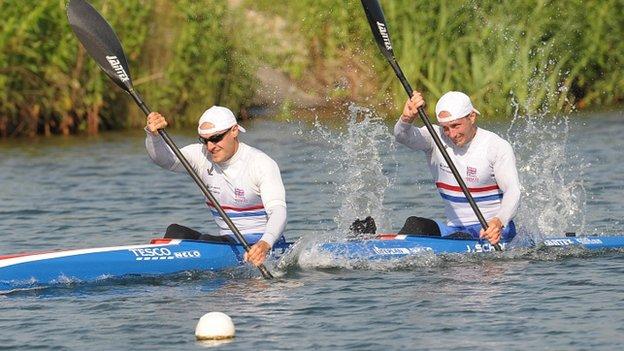 Britain's Liam Heath and Jon Schofield warmed up for the Olympics by winning K2 200m gold at the European Canoe Sprint Championships.

It was their third European title in a row as they fine-tune preparations for the Olympics, with the canoe sprint schedule starting on 6 August.

Heath and Schofield were in particularly good form, and they feel they are peaking at the right time with London 2012 on the horizon.

"It has always been part of our preparation each year, and we use it in our training programme so we are peaking higher at each event as the season goes on.

"Things certainly seem to be on track for the Olympics later this summer."

Schofield, however, was mindful not to get carried away with the success.

"There seems to be more pressure every time we do it because we really want to hold on to that title and it is something that means a lot in our sport," he said.

"I really feel like we have done something special. It is testament to our coaching that we have been able to consistently perform at this level.

"We still have a lot of training to do with no other races before London, so we just need to keep our feet on the ground and try and improve and have an even better race at the Olympic Games."

Tim Brabants missed out on the 'A' final in the K1 1,000m after finishing fourth in his semi-final.

He went on to finish second in the 'B' final.