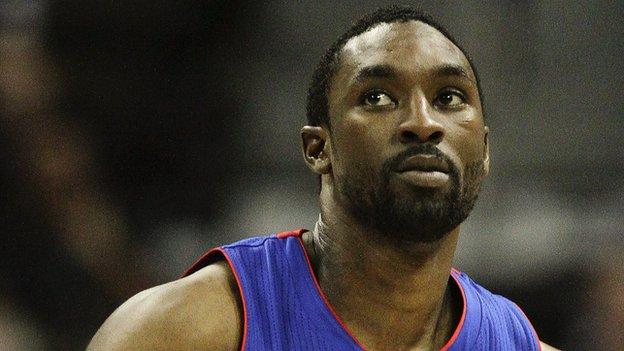 Head coach Chris Finch says the next few days will decide if NBA star Ben Gordon is part of the Great Britain men's squad at London 2012.

The Detroit Pistons guard has yet to join the other players at their training camp in Houston, Texas.

"We don't work with ultimatums here, but we need to have a clear indication of what his plans are," said Finch.

"We will work with whatever circumstances he has as long as it is still beneficial to our team."

Gordon has been on the GB squad lists since 2008, but has yet to play a game or train with the squad due to injury or family and other commitments.

GB have lost their two warm-up games in Houston so far, 86-80 in overtime to Nigeria and 63-61 to Lithuania, and they have two games against Russia and another against Lithuania before they return to the UK.

Gordon's position of guard is one where GB are relatively weak, and Finch remains optimistic that he will soon have the 29-year-old in the squad.

"We are hopeful that this week we can map out a way forward with Ben. Ideally we would like him to be with us when we get back to Europe," Finch said.

"I think it would be beneficial if he came here and saw us play the last two games. We wouldn't expect him to be involved to any capacity but we will find out from Ben in the next couple of days what his intentions are."