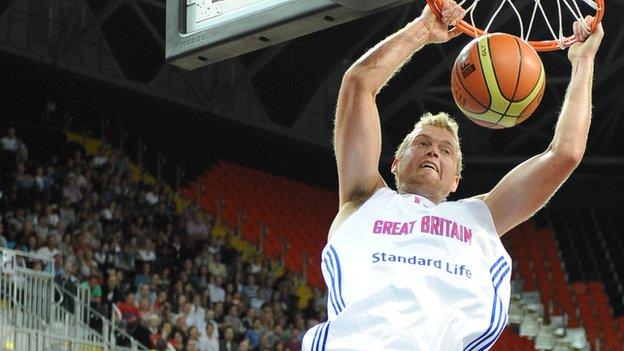 Great Britain were soundly beaten 87-51 by a full-strength Russia in a warm-up game in San Antonio, Texas.

"Russia is a very tough team," said GB coach Chris Finch. "This game provided an opportunity for our young guys to play against a battle-ready team".

It was GB's third defeat in a row during their Olympic warm-up programme.

GB were without three frontline players as Luol Deng, Pops Mensah-Bonsu and Joel Freeland remained in Houston and did not travel with the team to San Antonio.

It was the third defeat for the team as they prepare in for the Olympics having already lost to Nigeria and Lithuania.

Russia, who are preparing for next week's Olympic qualifying tournament in Venezuela, were never in any trouble.

Finch insisted that with so many starting players missing, the size of the defeat was not significant.

''Regardless of the score, this provides a great opportunity to evaluate," he said. "We created some good scoring opportunities but weren't able to finish."

The team are back in action on Thursday when they meet Russia again, this time back in Houston.