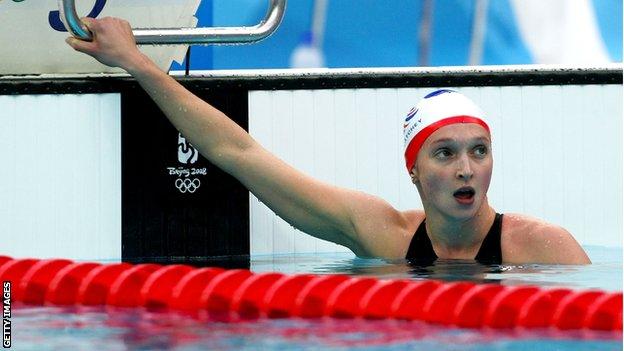 Caitlin McClatchey says she could not watch the British Swimming Championships, before finding out if she had qualified for the Olympics.

The 26-year-old, who had already posted a competitive 200m freestyle time, was unable to take part due to illness.

However, as the Northamptonshire swimmer's time was not beaten at the Championships, she was given the spot.

"I didn't watch it," she told BBC Radio Northampton. "I went out for the day as it was completely out of my control."

McClatchey, who has also qualified for the 4x200m freestyle relay team, continued: "I was a bit disappointed from the first trials that I missed the time British swimming had put in place."

"Now after the second trials no-one did it quicker than my first time so I got the individual spot as well."