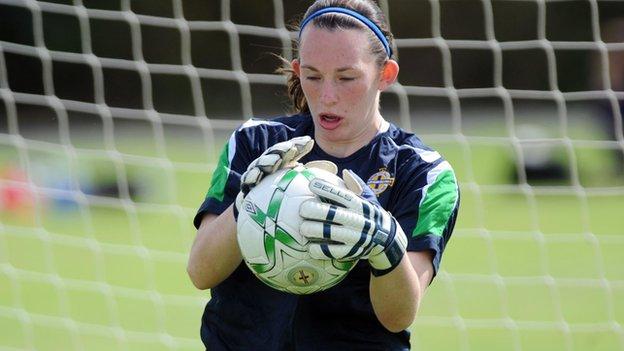 Northern Ireland goalkeeper Emma Higgins is on the reserve list of players after the GB women's football squad was named on Tuesday.

Higgins, who plays for Icelandic club KR, is one of four reserves while the 18-woman panel has no representatives from Northern Ireland or Wales.

Scots Ifeoma Dieke and Kim Little are the only non-English players selected.

London 2012 will be the first time that Great Britain has competed in the Olympic women's football tournament.