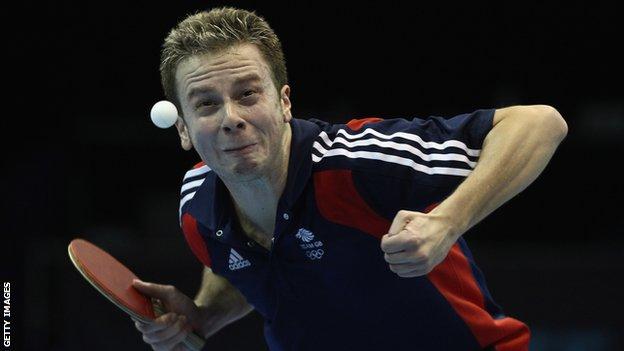 Andrew Baggaley is England's leading table tennis medal-winner at the Commonwealth Games after winning two golds in Manchester in 2002, one silver medal in Melbourne in 2006 and one silver and one bronze in Delhi in 2010.

The Milton Keynes-native won the VIC International Open in September 2010.

Baggaley was Britain's youngest ever player to turn professional when he made the switch in 1996 aged 13.