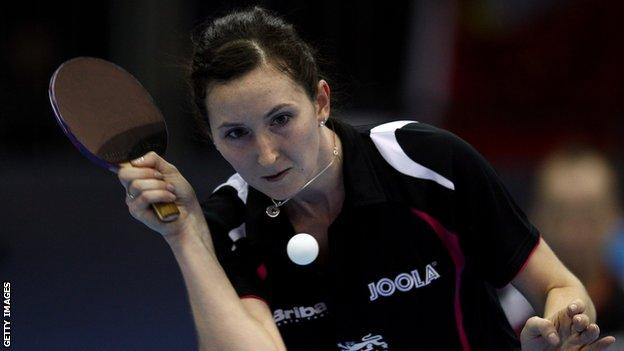 Joanna Parker won bronze in the mixed doubles at the 2010 Commonwealth Games in Delhi, India.

Parker and boyfriend Paul Drinkhall have been selected as Team GB's singles entrants at London 2012.

The Chertsey-born athlete started playing the sport at seven, and was selected to live and train at the now-defunct national academy in Nottingham when she was 12.