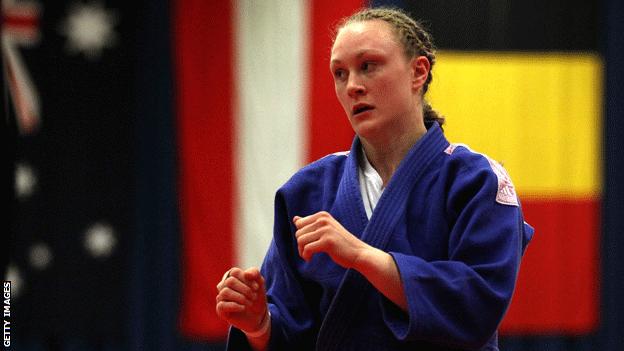 Shropshire's Gemma Howell is excited about being selected alongside childhood friends Kelly Edwards and Danny Williams in Great Britain's judo squad for the London Olympics.

Howell and Edwards, both from Telford, first met Williams, from Shrewsbury, when competing at junior tournaments.

"We've grown up together with the judo trips from when we were juniors," Howell told BBC Radio Shropshire.

"It's really good that all three of us from the same area have been chosen."

I've spent my life wishing for a gold medal at the games. I've got to do everything I can to make my dreams come true.

Such is Howell's desire to strike Olympic gold, she actually moved to Dartford, Kent, where GB's judo headquarters is based.

"I've spent my life wishing for a gold medal at the games," she added.

"Now I've got the opportunity to do that, I've got to do everything I can to make my dreams come true."

The 21-year-old judoka recently stepped up a weight category and that decision appears to have paid off, after winning the Prague European Cup in the Under-63 kg category final earlier this month.

Howell's optimism is shared by Judo performance director Daniel Lascau, who took over after Great Britain failed to win a medal at last August's World Championships in Paris.

"If we are realistic then we can win a medal at the Olympics, with hopefully two top-eight places, maybe even three," said Lascau.