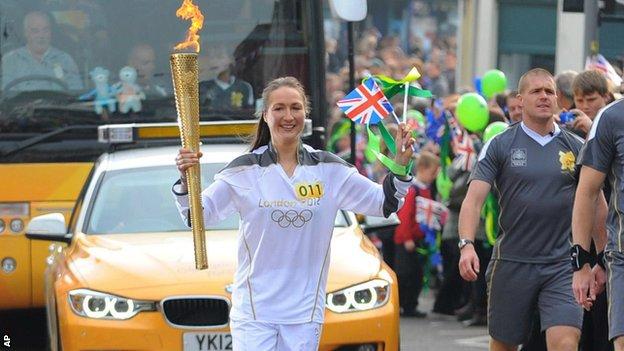 Shooter Georgina Geikie took home four medals from the 2010 Commonwealth Games after success in the team and individual events for the 10m air pistol and 25m pistol.

Geikie won an Olympic Quota place for Team GB in the 25m Pistol with a score of 578 in the European Championships in Belgrade last August.

She has been nicknamed 'Britain's Lara Croft' as her great-great-great-granddaughter Sir Archibald Geikie travelled the world in the late 19th century making maps in his position as director general of the Geological Survey for Great Britain and Ireland.