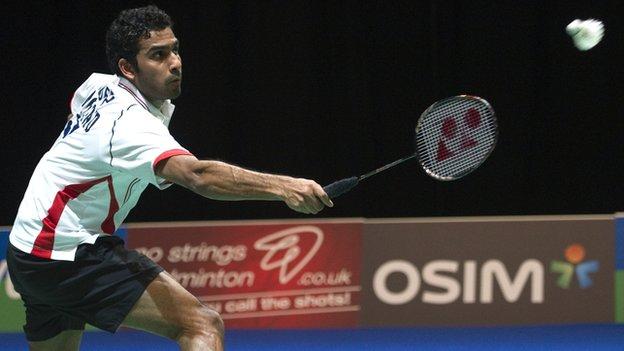 Rajiv Ouseph became the first English badminton player in 16 years to win a medal at the European Championships when he claimed the bronze in April 2010.

In July 2010, Ouseph enjoyed the biggest win of his career when he won the US Open, a result that saw him break into the world's top 20 for the first time the following month.

Hounslow-born Ouseph has won the British Senior National Singles title five times in a row from 2008 to 2012.

Rajiv studied Media and Communications at Loughborough University although he gave it up to concentrate on badminton.

A Liverpool and Brentford fan, he says he would have liked to have become a sports journalist: "I can watch any kind of sport whatsoever. I have a gift for knowing useless sports facts."