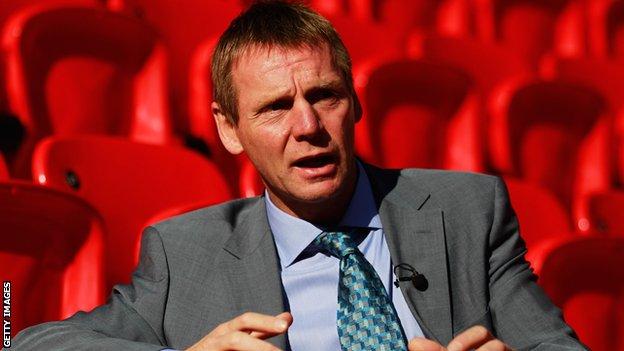 There will be no Scottish or Northern Irish players in the men's British Olympic football squad when it is announced on Monday.

BBC Scotland has learned that manager Stuart Pearce will list 18 players from England and Wales.

Fifteen of the squad must be under 23, with Ryan Giggs, Craig Bellamy and Micah Richards the three permitted overage players.

None of the England players at Euro 2012 were considered.

Four reserve players will also be put on stand-by, should anyone withdraw from the squad.

There were Scots, including Steven Fletcher and Barry Bannan, on Pearce's shortlist of 35 players.

The Scottish Football Association, along with their Northern Irish and Welsh counterparts, have taken no direct involvement with Team GB and have made it clear they do not want their players involved for fear of risking their countries' separate identities in world football.

But they cannot block players from participating.

The women's football squad was named earlier this week, with Scottish duo Ifeoma Dieke and Kim Little the only non-English players selected.

The men's Team GB were drawn in Group A at London 2012 alongside Senegal, Uruguay and United Arab Emirates.

They begin their Olympic campaign against Senegal at Old Trafford on 26 July before facing the United Arab Emirates at Wembley on 29 July, and Uruguay at the Millennium Stadium on 1 August.