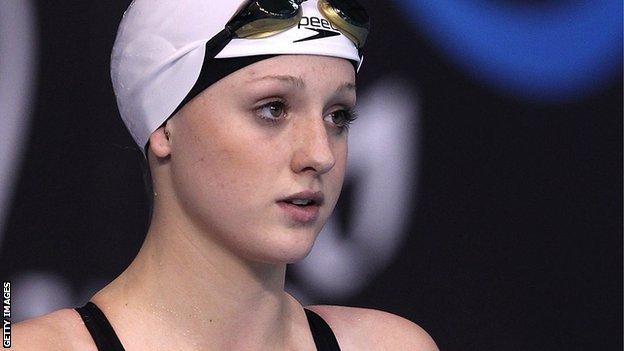 British Swimming has dismissed an appeal by Molly Renshaw against her exclusion from the Team GB squad for London 2012.

The 16-year-old was 0.83 seconds outside the qualifying standard at the ASA National Championships.

"We fully understand why Molly challenged the selection policy."

Renshaw's team appealed after she won the 200 metres breaststroke in Sheffield but her time didn't meet the FINA 'A' qualifying standard time.

She had swum the qualifying time before, recording 2:26:81 to finish second to Stacey Tadd at the first trial in March.

However the rules state only the race winner was guaranteed a place on the squad.

Sparkes added: "Molly will now focus on the European Junior Championship and US Open, and we feel confident she will give her best there and come back with some success."