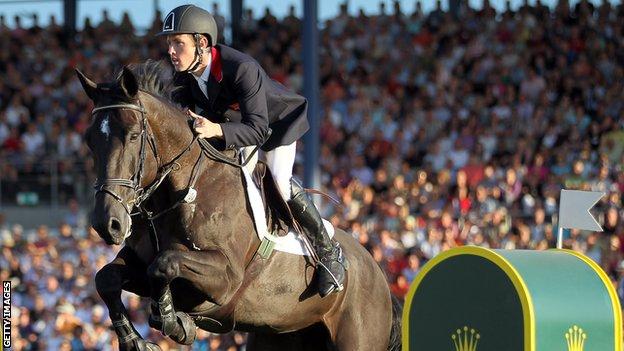 Scott Brash will make his Olympic debut at London 2012 after being named in Team GB's showjumping squad.

The 26-year-old from Scotland has been named in a four-strong British team for this summer's Games.

However, Tim Stockdale has failed to recover sufficiently after suffering a broken neck last October.

The 47-year-old said on Twitter: "Gutted, it's been a very tough few months trying to (get) there."

The Worksop-born showjumper, who is based in Northampton, competed at his first Olympics at Beijing in 2008 - as did the 29-year-old Maher.

Charles will make his Olympic debut for Great Britain this summer having previously represented Ireland in 1992 and 1996.

The 52-year-old has been selected on Murka's Vindicat W while Brash will ride Hello Sanctos, with Skelton on Big Star and Maher aboard his Olympia World Cup winner Tripple X III. Tina Fletcher and Hello Sailor are GB's reserve combination.