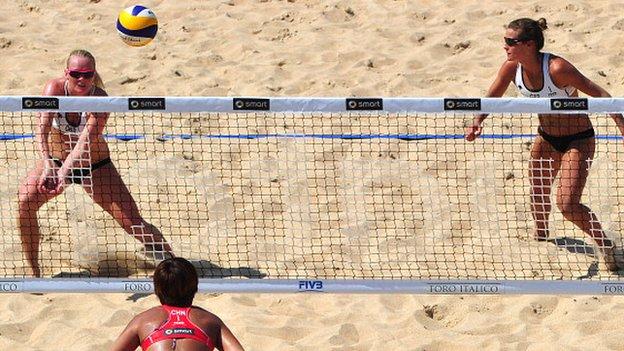 British number one beach volleyball duo Zara Dampney and Shauna Mullin have been selected for the London Olympics.

The pair have competed together since 2009 and have been allocated GB's host nation spot for the event.

They are ranked 37th in the world and finished second at the Continental Cup tournament in Ukraine last June.

"Competing at the Olympics has always been a dream of mine and at the end of July my dreams are coming true," said South Africa-born Scot Mullin.

"Being selected to represent Team GB and be part of what is going to be the best Olympics ever is a huge honour."

It is the first time a British pair have featured in an Olympic tournament since the event made its debut at the 1996 Games in Atlanta.

"I am extremely excited to represent Team GB at the Olympics and I'm looking forward to the experiences and challenges that lie ahead, especially in front of our home crowd," said Dampney.

The 2012 event will take place on Horse Guards Parade from 28 July to 9 August.