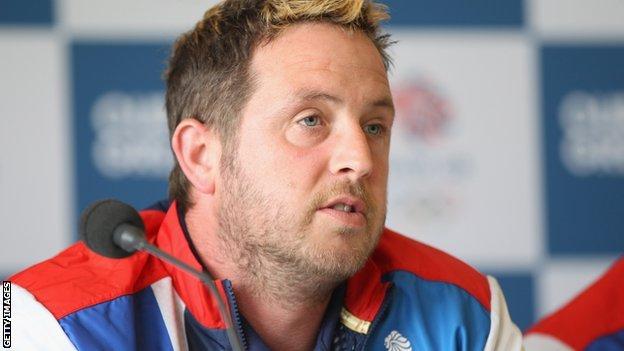 Godfrey, 36, reached September's World Cup Grand Final in Tokyo as a result, but also sees the medals as a timely confidence boost ahead of London 2012.

I know anything can happen at the Olympics, but I'm in a good place

"I'm a couple of weeks away from the Games and in the best form of my life," he told BBC Sport.

"I'm in a good place and I know I have it in me to compete for the medals."

Godfrey is preparing for his third Olympic Games, having missed out on bronze at Athens 2004 by just one point before finishing a lowly 36th in Beijing four years later.

Excellent results so far in 2012, when Godfrey has not dropped out of the top 10 in either team or individual World Cup events, have propelled the Bristolian to ninth in the men's world rankings.

"That World Cup performance [in the United States] gave me confidence knowing that I've got it in my locker. I can actually do it," he said.

"All the same people who were in that competition will be there in London.

"I've been working towards this moment ever since 2005, when London won the bid. I know anything can happen at the Olympics, but I'm in a good place."

Naomi Folkard heads into the Olympics as Britain's top-ranked female archer, rated 13th in the world, with Amy Oliver 33rd and Alison Williamson - heading into her sixth Olympic Games - 36th.