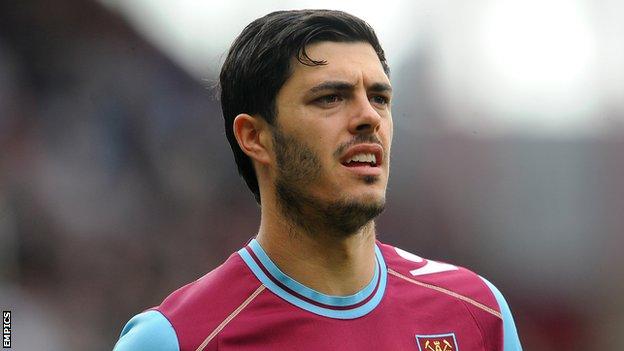 West Ham United defender James Tomkins says he is thrilled to have been called up to represent Great Britain in the Olympic football tournament.

The 23-year-old was named in Stuart Pearce's final 18-man squad on Monday.

Tomkins told BBC London 94.9: "It's great news. It's going to be a great honour and something I am really looking forward to.

"It's hard to take in when you think about what the atmosphere will be like. It's exciting and I can't wait."

He added: "I grew up with quite a lot of the lads and they are quite familiar to me.

"Thanks to West Ham and the manager [Sam Allardyce] for giving me the chance to go away from pre-season and represent Great Britain.

Team GB will play Senegal, UAE and Uruguay in their group games as they compete in the competition for the first time since 1960.

Tomkins, who was named in the PFA's Championship team of the year last season, is optimistic over Britain's chances in the tournament.

"It's a hard one because we haven't seen many of the teams play or what to expect from them," the Basildon-born centre-back added.

"You can see the quality in our team and I think we've got enough to go a long way. Hopefully we can work hard with Stuart Pearce on the training ground and get an understanding.

"A medal is the ultimate goal but we'll see what happens."