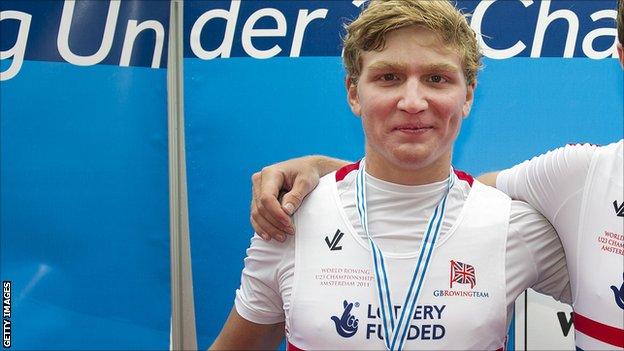 Rower Constantine Louloudis has won his battle to be fit for the London 2012 Olympics and has been named in the men's eight.

Louloudis, 20, who attends Oxford University, was struggling with a back injury ahead of this summer's Games.

But having proved his fitness, GB Rowing have confirmed his selection.

"I'm delighted to have been selected after such a long period of doubt. I can't wait to race at the Olympic Games this summer in London," said Louloudis.

His selection completes the names for the 52 qualified rowers who will compete at Dorney Lake later this month.

Louloudis claimed gold in the men's pair with George Nash at the 2011 Under-23 World Championships in Amsterdam last year. He was also the youngest member of the victorious Oxford crew at the 2011 Boat Race, at the age of 19.

"It is good news that Constantine has now fully recovered from his injury and as an exciting, young prospect I'm sure he can really add something to our men's eight," said GB Rowing team leader David Tanner.