Four years ago in Beijing, Team GB won 47 medals in their finest Olympic performance for a century.

The team took 19 golds to finish fourth overall in the medal table.

But which of them will be at London 2012 to defend their titles? And how are they expected to fare?

BBC Sport reviews all 19 gold-winning events from Beijing and sees who will carry the hopes of the nation when the Olympic Games begin on 27 July. 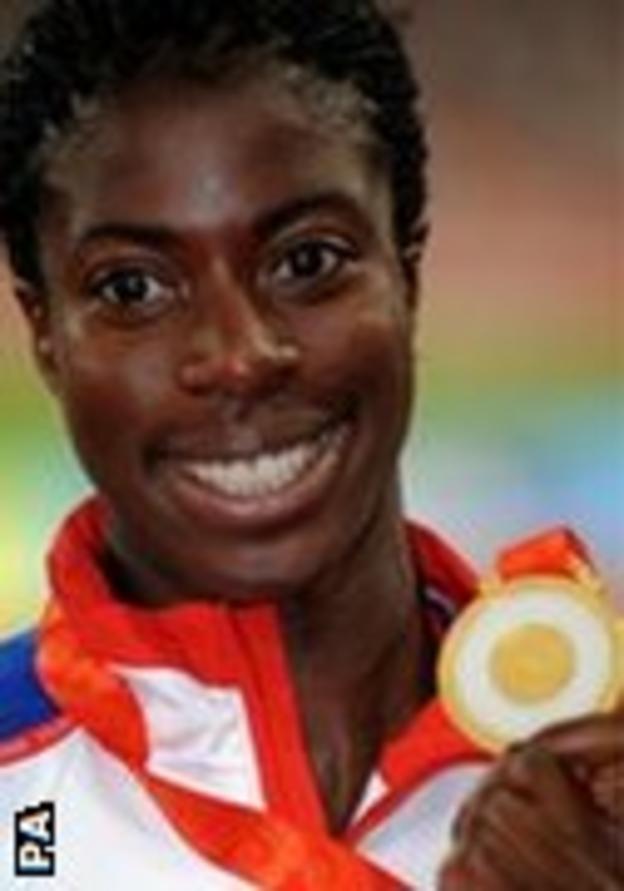 Beijing: Reigning world champion Christine Ohuruogu picked up the only British gold medal in athletics four years ago with a run of 49.62 seconds to see off Shericka Williams and Sanya Richards-Ross. But the Briton's race-winning time was not particularly fast - it would have achieved no higher than bronze at each of the Olympics since 1976.

London: Raised less than a mile from the London 2012 stadium, Ohuruogu will be joined by compatriots Shana Cox and Lee McConnell. Ohuruogu has struggled since Beijing, failing to win a medal at the last two World Championships, but her form has picked up a little in Olympic year, as it did pre-Beijing.

Verdict: Outsider for a medal

Beijing: James DeGale took gold in China with a 16-14 points win over Cuba's Emilio Correa in a bad-tempered middleweight final. Correa was penalised two points for biting DeGale's shoulder as the Londoner took GB's third boxing medal of the Games.

London: DeGale turned professional soon after Beijing but Anthony Ogogo is a strong medal contender in the middleweight class. The Lowestoft fighter, silver medallist at the 2010 Commonwealth Games, secured his place in the squad for London by reaching the final of the European qualifying event in Turkey in April. 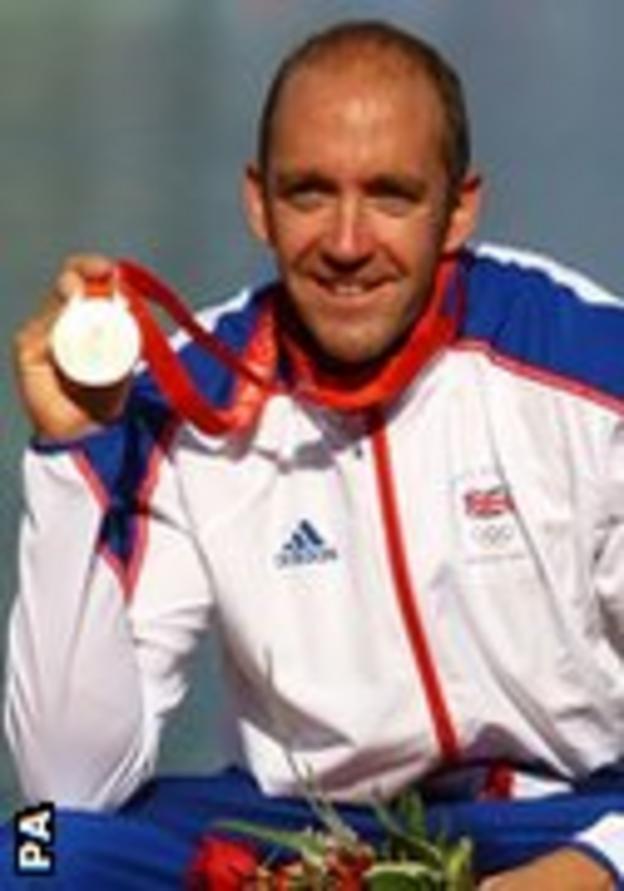 London: Brabants, now 35, had major shoulder surgery last year but has recovered to be named in the team and will defend his title at his fourth Olympics. He will come up against Veraas Larsen again, while reigning world champion Adam van Koeverden of Canada and Australia's Ken Wallace will also challenge strongly.

London: Wiggins - who is expected to be involved in the road race despite concentrating his efforts on the Tour de France this year - has been denied the chance to defend his title as the event has not been included at the London Games. 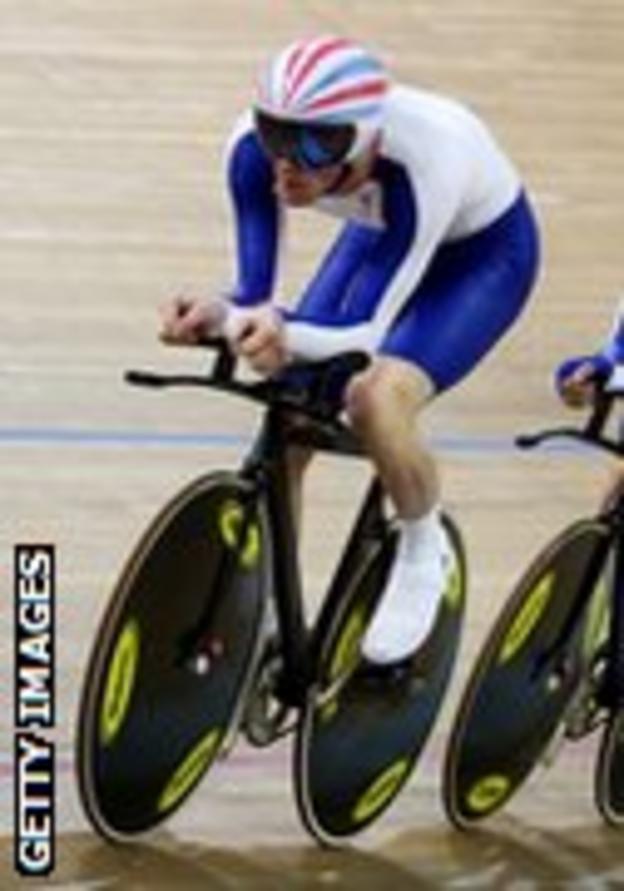 London: Clancy and Thomas are set to be in the team to defend their title and are joined in the squad by Steven Burke, Peter Kennaugh and Andy Tennant. Wiggins is not involved but, after beating Australia in a world record time to win the World Championships earlier this year, GB will start as favourites.

Beijing: Rebecca Romero beat GB team-mate Wendy Houvenaghel to the Olympic gold medal in the women's 3,000m individual pursuit final in China. It capped a remarkable few years for Romero, who won a silver medal in the rowing in Athens in 2004 before switching sports.

London: Like the men's event, the individual pursuit will not be contested in London. Romero, now 32, and has since devoted herself to the new challenge of Ironman triathlon. 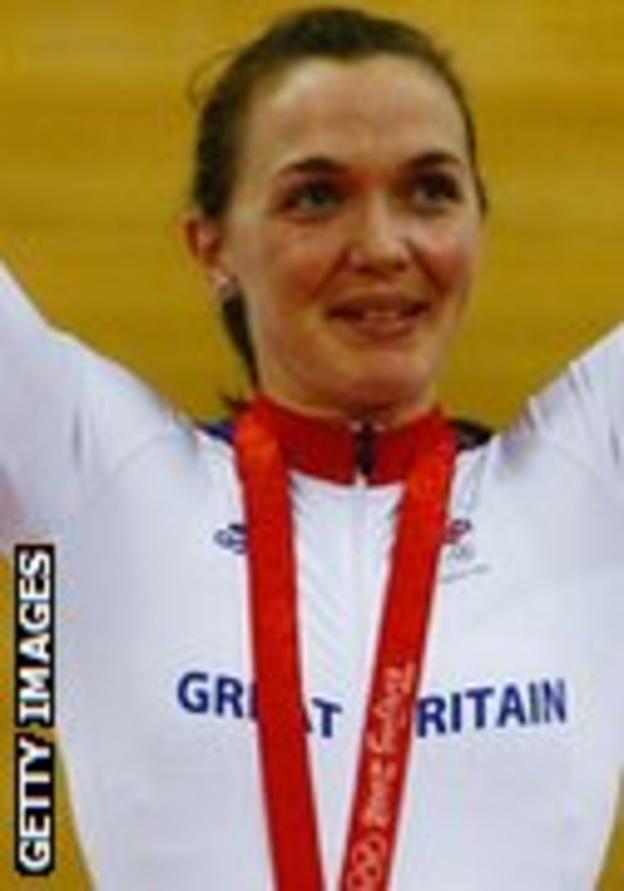 London: Hoy and Kenny are both in the squad for London 2012, but only one rider can compete following a change in the Olympic rules. After Kenny beat Hoy in the recent World Championships Hoy could miss out on defending his title. France's Gregory Bauge won the world title and will start as favourite.

London: Hoy - who was knighted for his Olympic efforts in 2009 - is back in the cycling squad for London, along with Philip Hindes and Kenny, but the trio did not get a medal at the recent World Championships in Melbourne. Australia and France will be tough opponents. 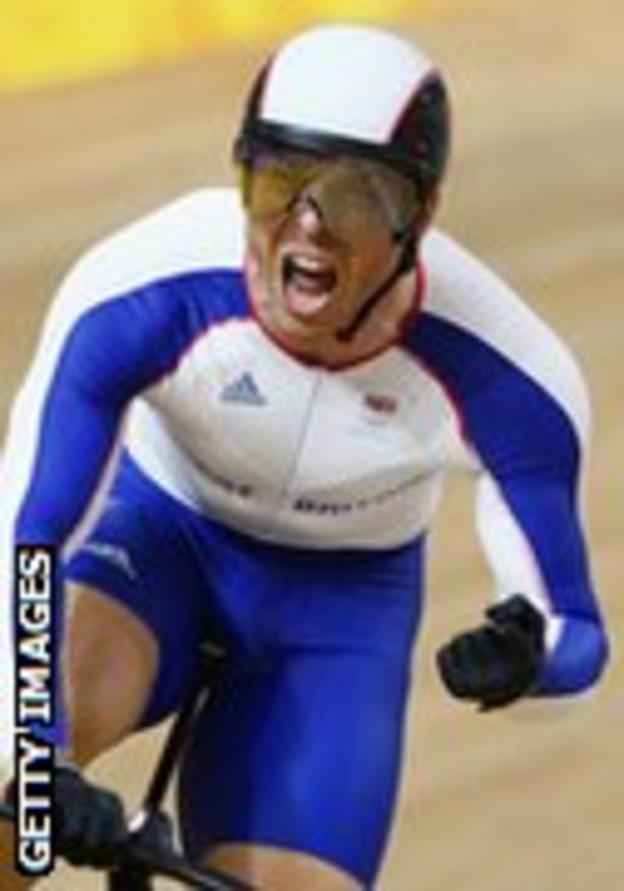 Beijing: Hoy obliterated the field to win the keirin gold in Beijing, ahead of GB team-mate Ross Edgar.

London: The keirin - which sees sprinters line up behind a motorbike before racing for the line - is included again in London. Hoy remains the man to beat, having beaten German Maximilian Levy at the Worlds, with fellow Brit Kenny in third place.

Beijing: Nicole Cooke took GB's first gold of the Games as she came out on top in a sprint finish at the end of a 78.5 mile race. Cooke was helped out by GB team-mate Emma Pooley before she powered away to beat Emma Johansson from Sweden.

London: Cooke and Pooley are both included in the squad for the road race in London, along with Lizzie Armitstead, Katie Colclough, Sharon Laws and Lucy Martin. The race will start on the Mall before heading out on a loop around Box Hill. Cooke is likely to be asked to sacrifice her own gold medal ambition to be a support rider, with British number one Armitstead expected to be the team leader in the race.

The day before the women's race, Mark Cavendish is favourite to take gold in the men's road race.

Beijing: The four of Tom James, Andrew Triggs Hodge, Peter Reed and Steve Williams came from three-quarters of a length down to beat Australia and take gold for GB in the event for the third successive Games. Injuries to Hodge and James meant Britain's first-choice four had never raced together competitively before they arrived in China.

London: James, Reed and Triggs Hodge are joined in the boat this year by Alex Gregory after double Olympic champion Williams retired from the sport in 2010. The four were beaten by Australia at the World Cup in Munich last month, but coach Jurgen Grobler is known for getting things right come Games time.

"We know Purchase & Hunter have the capability but now we're talking about pulling it out of the bag on the day. They're a very experienced crew and coach; it's really about getting their minds right. They are reigning Olympic and world champions, they have a lot of pride and they'll be fighting, but you can't class them as favourites now."

Beijing: Pre-race favourites Mark Hunter and Zac Purchase held off the challenge from Greece and Denmark to win Great Britain's first lightweight Olympic rowing medal. The lightweight double scull completed an unbeaten season as they eased ahead after 600m of the 2000m event.

London: Hunter and Purchase remain in the boat for London, but finished a lowly sixth in the World Cup meeting last month and have it all to do after they were also down in sixth at the previous race in Lucerne. They have the pedigree, but can they turn things around in time? 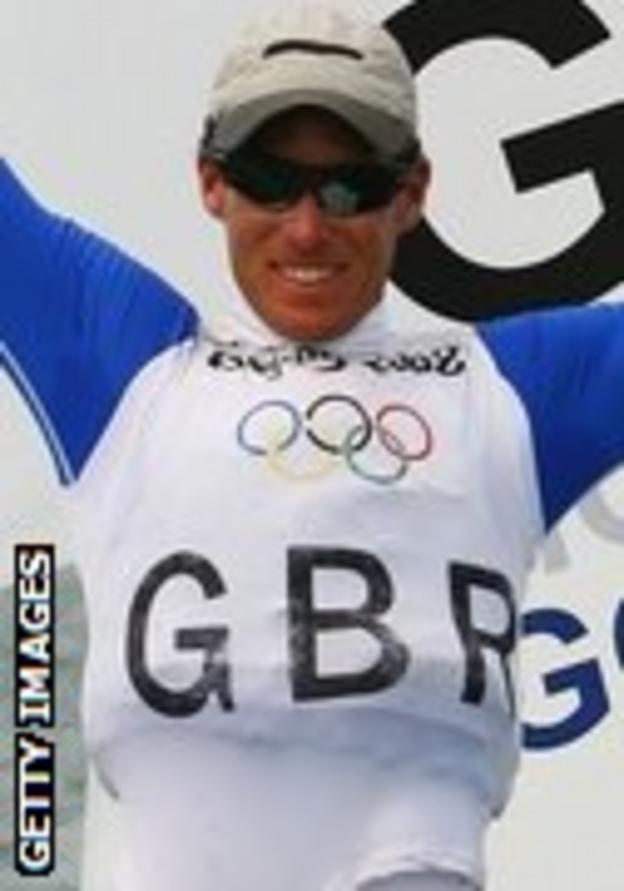 Beijing: Paul Goodison - who had finished fourth in Athens in 2004 - recovered to win gold in China after finishing ahead of Sweden's Rasmus Myrgren in the medal race.

London: Goodison is in the boat for GB again and his main rival will be Australian Tom Slingsby, who is unbeaten at Weymouth. Slingsby has won five of the last six World Championships and, after shedding weight as an experiment, has bulked back up to his preferred weight ahead of London.

Beijing: Iain Percy and Andrew Simpson trailed Sweden by two points at the start of the double-points medal race and needed to finish ahead of their rivals to snatch gold. The Brits produced an outstanding display to come home in fifth, five places ahead of the Swedes, to take victory.

London: The British pair are back to defend their title but missed out by two points to Brazilian great Robert Scheidt and Bruno Prada in the World Championships in Hyeres, France in May.

Beijing: Sarah Ayton, Sarah Webb and Pippa Wilson kept ahead of their Dutch rivals to finish first in rough conditions and seal overall victory in their class. The race had been postponed by 24 hours following a windless day on the Chinese coast, but the trio took gold in 15-knot winds and choppy seas.

London: The Yngling class will not feature at the London games, after being replaced by the Elliott 6m class. None of the trio of Ayton, Webb or Wilson will race this summer, with Ayton deciding to retire last year.

"I think of Ben like a character from The Matrix. He's able to see the wind and weather unlike anybody else. He's got that very special natural talent. He's one of those sportsmen that can put it together at the right time."

London: Ainslie, now 35, won a record sixth Finn world title at Falmouth Bay in Cornwall in May and remains the man to beat as he looks for a fourth Olympic gold. 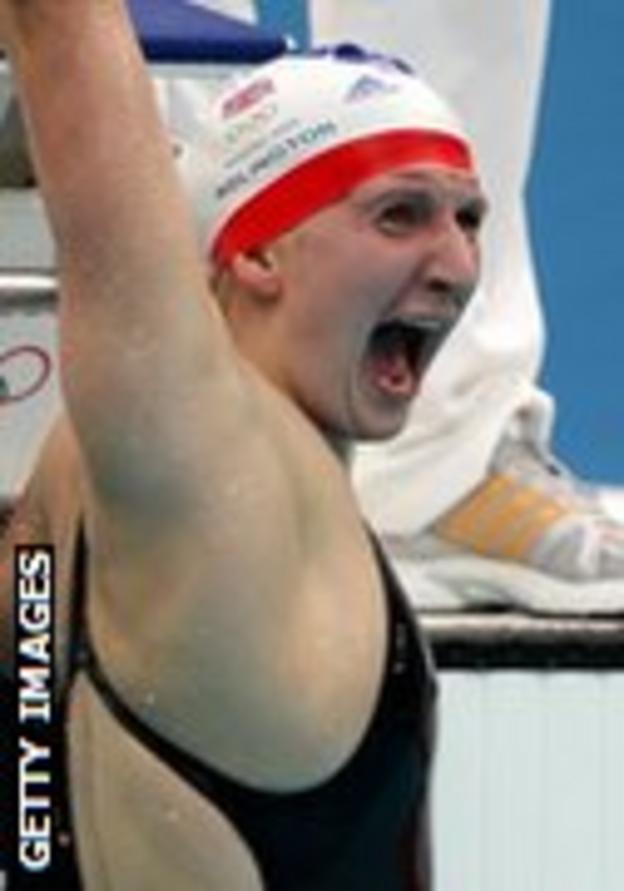 London: Adlington, 23, will defend both her titles in London, and has also been added to the 4x200m freestyle relay team. At last year's World Championships in Shanghai, Adlington took silver behind world record holder Federica Pellegrini.

Beijing: Adlington set a new world record as she clinched her second gold medal with a dominant victory in the 800m freestyle - her favoured event.

London: Adlington took gold in the 800m at last year's World Championships and starts her preferred distance as a strong favourite.