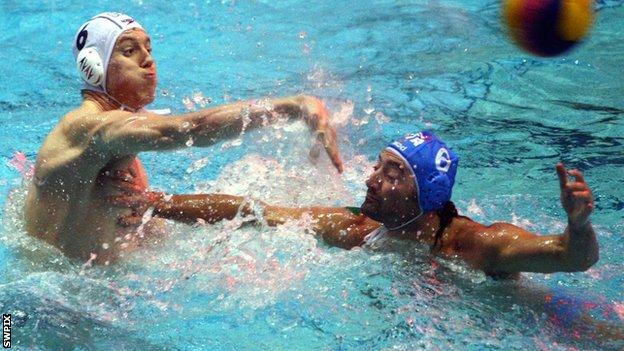 Great Britain maintained their improvement in the build-up to the Olympics by restricting world champions Hungary to a 13-8 victory in the Dublin Cup warm-up tournament.

The Hungarians are aiming to take a fourth consecutive Olympic gold medal in London but found Team GB far more durable than in previous meetings.

Captain Craig Figes slammed home a penalty to give them a shock lead after just 25 seconds and they matched their more illustrious opponents during a first quarter that ended 4-4.

Eventually the class of players such as Gerely Kiss and Tamas Kasas allowed Hungary to establish a winning lead but Enfield-born Jack Waller scored a hat-trick and Figes said the British performance would give them confidence for the Olympic test to come.

"I think we can take massive positives from the game," he told BBC Sport. "We matched their intensity and skill level for a large part of the game. We now need to step up a bit more to be ready for London in a couple of weeks."

Great Britain will face Montenegro, Croatia and Romania in Dublin over the weekend. Montenegro, Romania and Hungary are also among GB's Olympic opponents, along with Serbia and the United States.