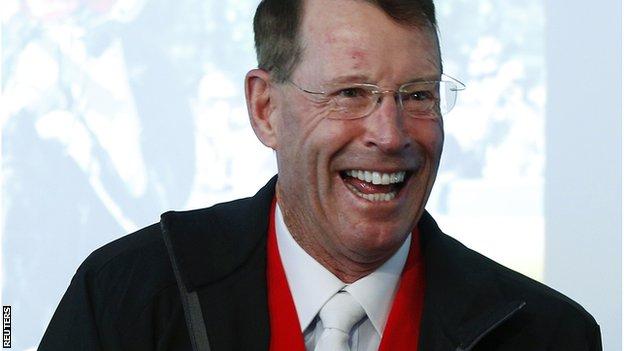 Canadian showjumper Ian Millar will break the record for most Olympic appearances when he takes part in his 10th Games in London.

The 65-year-old will surpass Austrian sailor Hubert Raudaschl, who was an Olympian nine times from 1964 to 1996.

Millar, who made his first appearance at the Munich Olympics in 1972, would be making his 11th appearance but for Canada's boycott of Moscow in 1980.

"I never had a grand plan. It was all about the journey because the destination is, at best, very uncertain as it is in life."

Millar, who will ride Star Power, won his first Olympic medal in Beijing in 2008 when Canada won silver in the team event.

His longevity has earned Millar the nickname "Captain Canada" and he is a candidate to carry the country's flag at the opening ceremony on 27 July.

"It would be a fantastic honour to carry the flag and a great celebration for equestrianism," he said.