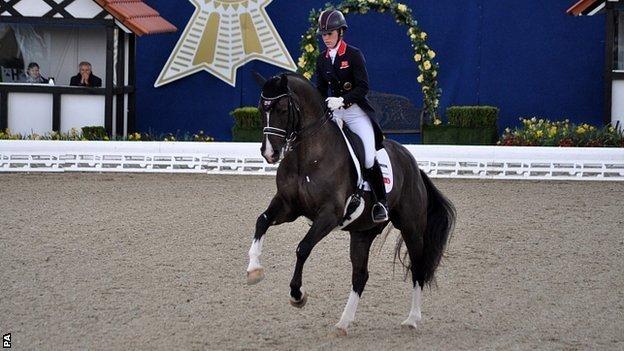 Dujardin was awarded 90.65% aboard her Olympic mount, Valegro, beating Laura Bechtolsheimer's mark of 87.6%.

More about the GB team from British Dressage

The feat comes two months after the 25-year-old set a new world record for the Olympic grand prix special discipline.

She finished 15% ahead of second-placed Ashley Hozler on Breaking Dawn at Hartpury, with Michael Eilberg third aboard Half Moon Delphi.

"They nailed it," he said. "All the practice at home has paid off, and I feel we have a true Olympic-calibre freestyle that the whole nation can be proud of.

"Tom has done an amazing job with the music, and Charlotte and I just love it. There is a little bit more tweaking to be done, but roll on Greenwich - we will be ready."