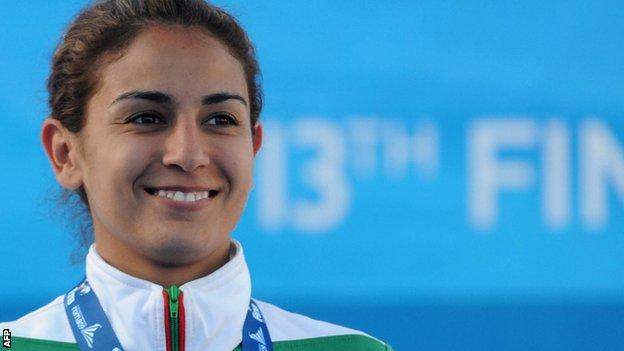 She started to compete when she was six years old, and London 2012 will be her third Olympic Games after her participation in Athens 2004 and Beijing 2008, where she won a bronze medal in the 10m Synchronized Platform with her partner Tatiana Ortiz.

In Beijing 2008 she was the Mexican flag bearer during the opening ceremony.

Espinosa has her own wax double in Mexico's City Wax Museum. "It was made with great care and when I see it I feel a little strange", she said about it.