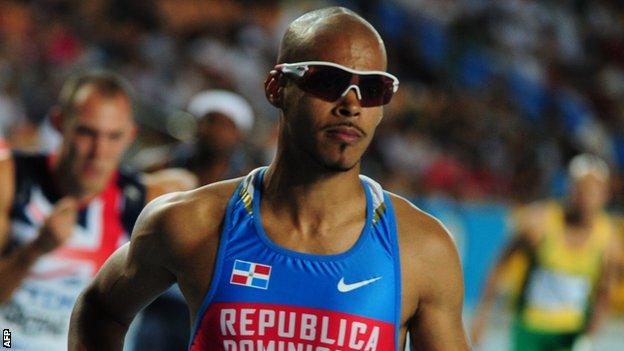 Gold medallist in Athens 2004, and two time world champion (2001 and 2003), Felix Sanchez has moved away from the 400 metres hurdles' top spots in recent years.

In Beijing 2008, he failed to pass the semi-final stage, he was eighth in the IAAF World Championships in Athletics in Berlin 2009 and fourth last year in Daegu, South Korea.

His personal best, achieved in 2003, is the eighth best mark in history in 400 metres hurdles.

Born in New York and raised in California, Sanchez never lived in the Dominican Republic but he started to represent that country, where his parents were born, after failing to qualify for the United States team in 1999.