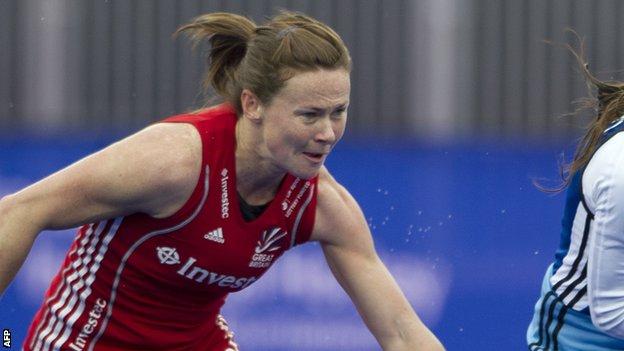 Sarah Thomas has been playing field hockey since the age of 12 and played for Great Britain at the 2008 Beijing Olympics.

The forward was part of the Great Britain team that won silver at the 2012 Champions Trophy.

After studying for a degree in Sports Science at Exeter University, Thomas left her friends and family, to go and play hockey in Rotterdam, the Netherlands.