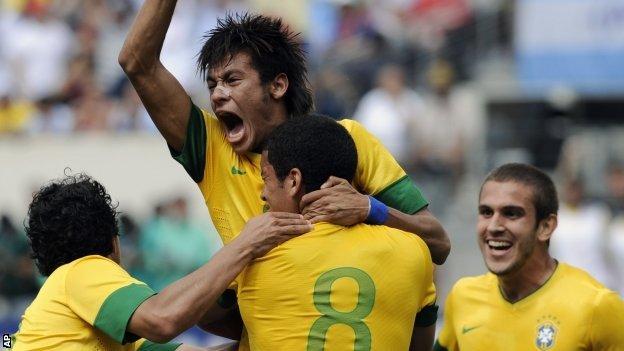 Defending champions Argentina failed to qualify for the men's Olympic football tournament, but there will be no lack of quality on display.

Brazil and Spain are regarded by many as the favourites to win the competition, which is hardly surprising given the depth of quality in both squads.

Uruguay, who like Brazil have the coach of their full senior team in charge, also look strong, while Team GB will be competing for the first time since 1960.

The tournament will showcase some of the best players in the world as well as numerous others on the cusp of a major breakthrough. BBC Sport profiles 11 of them. 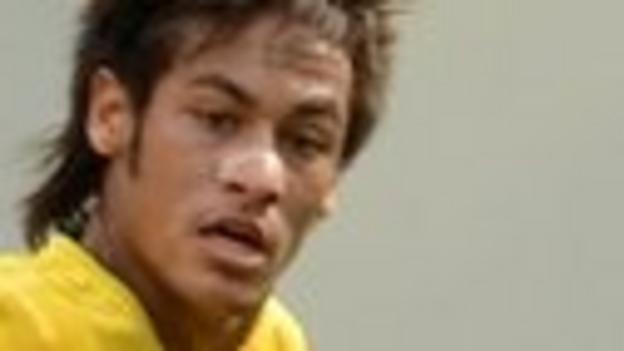 A full Brazil international, with nine goals in 18 games, Neymar is one of the most talented young players in the world and was the South American player of the year in 2011. Often compared to Pele, another Santos legend, Neymar is known for his mesmeric dribbling skills and precision in front of goal. A distinctive figure with his spiky hairstyle, he could be one of the stand-out players at the Games. 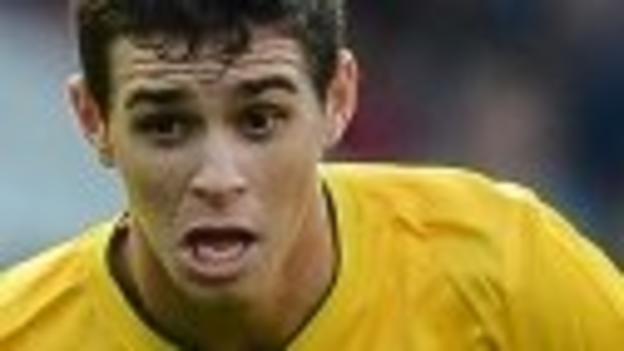 In truth, if this piece was just picking out the biggest names in the tournament then Brazil players would feature extensively. Alexandre Pato (AC Milan), Thiago Silva (PSG), Hulk (Porto), Marcelo (Real Madrid), Rafael (Manchester United), Leandro (Internacional) - Mano Menezes's squad is not short of talent. But it is Chelsea-bound Oscar who is the brains of the team, the hugely talented playmaker who knits together the rich attacking options at his disposal. Another full international with six caps, he also scored a hat-trick against Portugal in the final of last year's Under-20 World Cup final. 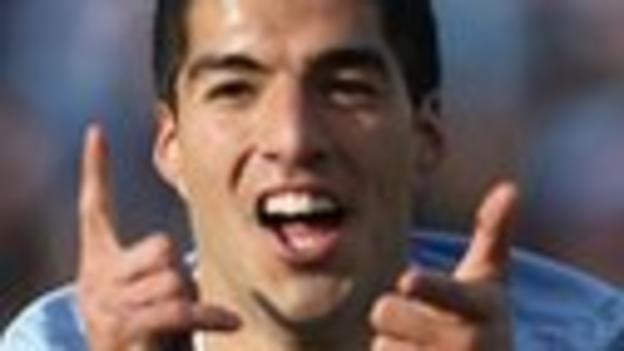 One of three over-age players in a very talented Uruguay squad, Suarez is no stranger to fans of English football after a very eventful first season in the Premier League with Liverpool. The gifted forward grabbed the headlines for the wrong reasons when he was banned for eight games after being found guilty of racially abusing Manchester United's Patrice Evra. But he is an accomplished player, with 54 senior caps (28 goals), and scored three goals at the 2010 World Cup as his team reached the last four, before he was sent off for a controversial handball against Ghana in their quarter-final tie. With Edinson Cavani (Napoli), Sebastian Coates (Liverpool) and Nicolas Lodeiro (Botafogo) also in the squad, La Celeste are a heavily fancied team. 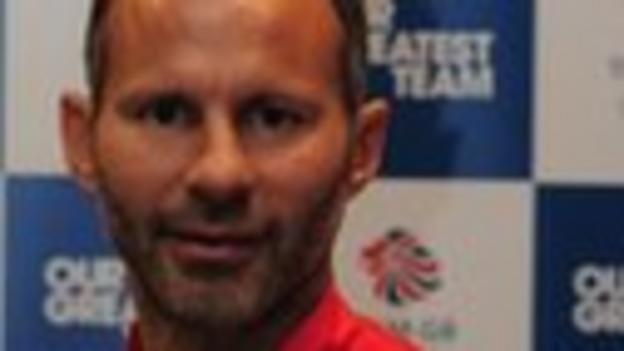 The elder statesman and captain of Team GB, the Welsh legend will be competing at his first major tournament. He has been there and done it all since making his debut for Manchester United in 1991, but the Olympics will offer a whole new experience for the wizard who started on the wing and has, in his later years, become a composed central midfielder. Few, if any, would begrudge him an Olympic medal. 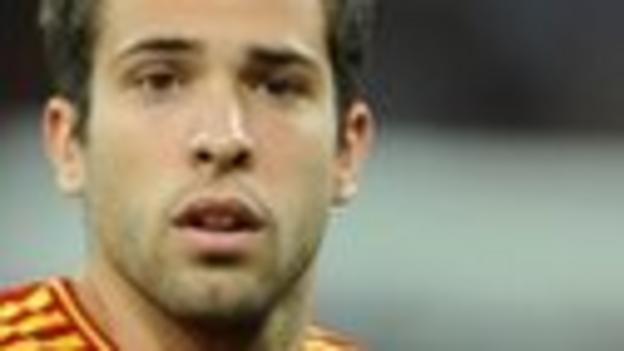 One of the three players in the Olympic squad who were also part of Spain's triumphant outfit at Euro 2012, along with Chelsea's Juan Mata and Athletic Bilbao's highly-rated Javi Martinez, which shows how seriously Spain are taking the competition. Alba, who has just signed for Barcelona, was one of the outstanding players in Poland & Ukraine, playing in every match for Spain and scoring in the final. 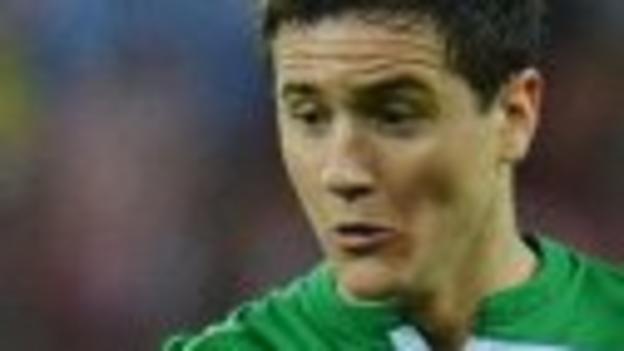 There are plenty of familiar names in the Spain squad, but there are also some extremely talented youngsters that could have a much bigger profile after the tournament. Bilbao's left winger Iker Muniain and Barcelona forward Cristian Tello both fall into this category, as does Herrera. Linked with both Manchester City and United, Herrera was a member of the squad that won the 2011 European Under-21 Championship and knits play together in midfield with a maturity that belies his tender years. 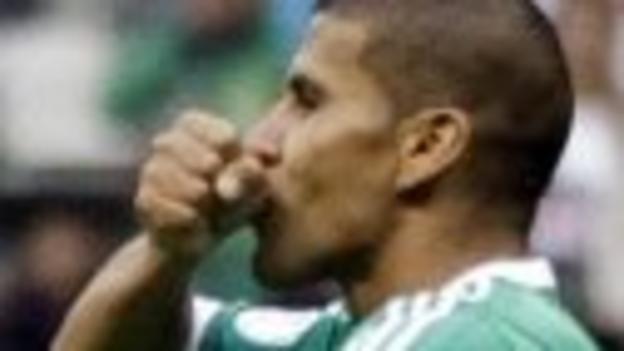 If Mexico are to improve on their highest finish (fourth on home soil in 1968), then expect the experienced Salcido to have an important tournament. He has more than 100 caps for the senior team and played at the 2006 and 2010 World Cups. Salcido played for Fulham during the 2010-11 season but became unsettled after a break-in at his home. 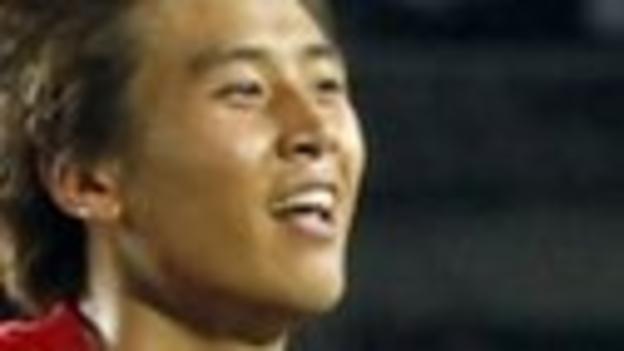 The captain of the side and key to South Korea's hopes of winning a medal as they compete in their seventh consecutive men's football tournament. Koo scored five goals on loan at Augsburg last season and was a key figure as the German team avoided relegation from the Bundesliga. Wolfsburg wanted to take him back but were unwilling to release him for the Olympics, so he signed a new long-term contract with them but also a new one-year loan with Augsburg, who are happy for him to compete in London. 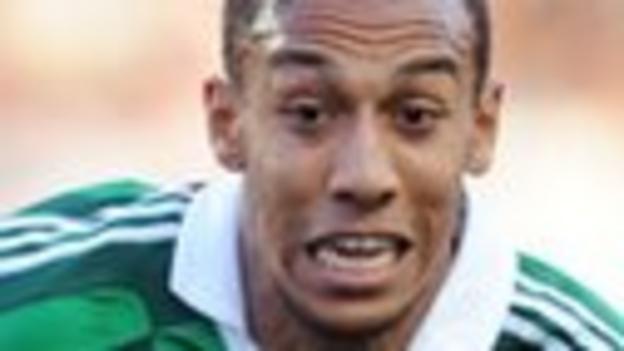 Regarded by many as Gabon's best player at the Africa Cup of Nations earlier in the year, Aubameyang scored three goals to finish as the competition's joint top-scorer. He is the son of former Gabon defender Yaya Aubameyang and started his career as a youth player at AC Milan. Fast, skilful and distinctive, watch out for him at the Olympics as Gabon compete in the competition for the first time after winning last year's Under-23 qualifying tournament. 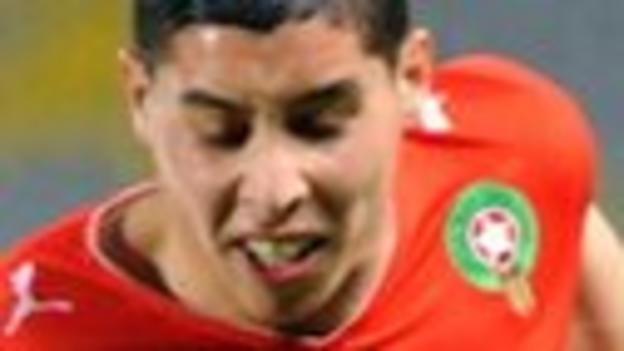 The big disappointment for Morocco is the absence of Montpellier playmaker Younes Belhanda. Admired by many of Europe's top clubs, he misses out through injury. Their best known player is Houssine Kharja, who captains the senior side and has just moved from Fiorentina to Al Arabi in Qatar. However, there is no doubt that Morocco's Dutch coach Pim Verbeek is a huge fan of Barrada, whose development has greatly accelerated since he established himself in the first team at Getafe. He was instrumental in Morocco's run to the final of last year's African Under-23 tournament, and was greatly missed as they lost to Gabon in the final. There are numerous young Senegal players that could have been picked out, among them Tromso's Sergine Kara Mbodji, who is a product of the Diambars academy established by Patrick Vieira. West Ham's Mohamed Diame, Everton's Magay Gueye and Dame N'Doye (FC Copenhagen) are also worthy of mention, but Balde is arguably the biggest prospect. He scored a thumping header in the play-off victory against Oman earlier in the year and has been strongly linked with Aston Villa. He was impressive for Osasuna in Spain last season and could cause Team GB problems when they meet at Old Trafford on 26 July. After all, they beat Spain 2-0 in a recent warm-up game.

And some others to consider...

Egypt have veteran forward Mohamed Aboutrika in their squad, while defender Ahmed Hegazi, who has just joined Italian side Fiorentina, is a talented player. Wigan's Maynor Figueroa is in a Honduras side competing in the competition for the third time, while West Brom forward Chris Wood is a powerful young player for New Zealand as they compete at their second Games.

A potential surprise package could be Switzerland, who boast numerous players from the squad that finished second at the 2011 European Under-21 Championship and are in Group B, alongside Mexico, South Korea and Gabon. However, they are without key duo Granit Xhaka and Xherdan Shaqiri, who have prioritised pre-season training with their new clubs.