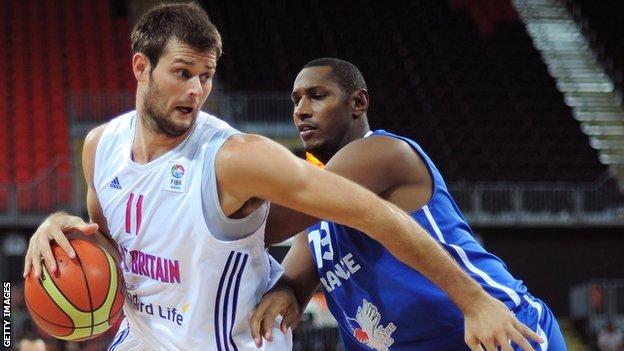 Great Britain forward Joel Freeland has joined the Portland Trail Blazers in the NBA on a three-year deal.

Freeland is in the GB Olympic squad but was cleared to miss this weekend's warm-up games against Portugal to fly to Portland to undergo a medical.

Portland bought out the final two years of his deal with Unicaja Malaga of Spain and he will wear number 19.

"The timing was right to bring Joel over and we're thrilled it worked out," general manager Neil Olshey said.

"He is a rugged interior player with a nice touch around the basket and he plays hard every game. Joel will be a nice addition to the roster."

British Basketball performance director Chris Spice said: "This is fantastic news for Joel. He is a great player who continues to make an outstanding contribution to the GB programme. We wish him well in this new challenge."

The Hampshire-born player was drafted by Portland in 2006, when he was 19, but the American NBA team encouraged him to continue his development in Europe.

The 6ft 10in forward began his career with Solent Stars when he worked as a shelf-stacker in Farnham.

Spanish ACB League club Unicaja confirmed that Freeland "has informed the club of his decision to end his contract and move to the Portland Trail Blazers of the NBA".

Freeland made his Great Britain debut in 2006 and established himself as one of the team's leading players with some outstanding displays in the 2011 European Championship.