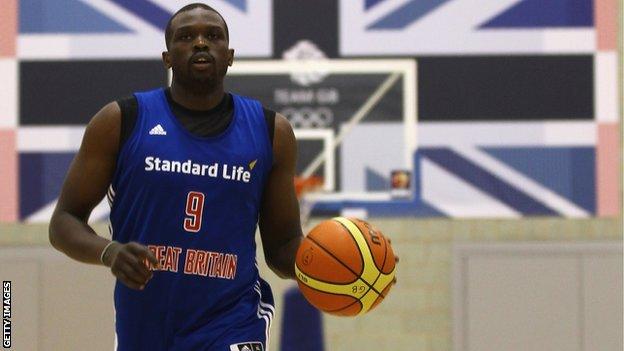 Great Britain began their Olympic warm-up campaign with a 83-68 victory over Portugal in Sheffield.

Team GB trailed 39-37 at half-time but won the third quarter by a dominant 25-6 to build a convincing lead.

Portugal rallied early in the fourth quarter but, helped by star player Luol Deng, Team GB made sure of the win.

It was a first triumph of the summer for coach Chris Finch's side after hard-fought losses against France and Spain last weekend.

"This is sport, you play to win, so of course it's nice," said Finch.

"We've not been results focused up to now and I think we've played well in most of our games so far, we've just had little meltdown periods that have cost us against high-calibre opposition.

"But when you win that only builds confidence."

Team GB play Portugal again on Sunday before taking on the reigning Olympic and world champions the United States in Manchester on Thursday.