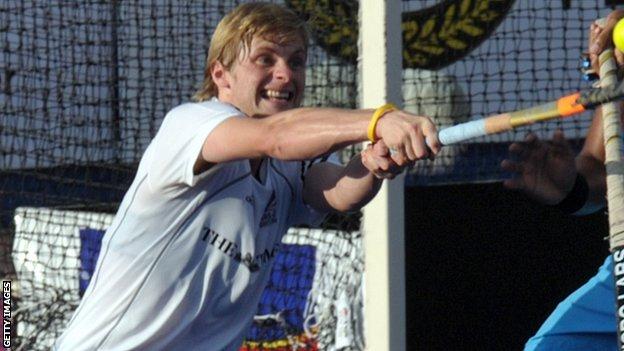 Great Britain's men's hockey team came from behind to beat India in the first match of a warm up tournament before the Olympics.

Shivendra Singh gave India an early lead before James Tindall powered in a loose ball from a penalty corner.

Ashley Jackson converted a penalty stroke to put Team GB ahead in Spain.

Temporary suspensions for Jackson and Tindall had their side down to nine men but they held on and Harry Martin's shot secured the win.

"After a stuttering start we found our rhythm and controlled the match for long periods," said Team GB manager Andy Halliday.

"In the end we deserved our victory," he added.

Great Britain have a rest day on Sunday before facing hosts Spain on Monday.