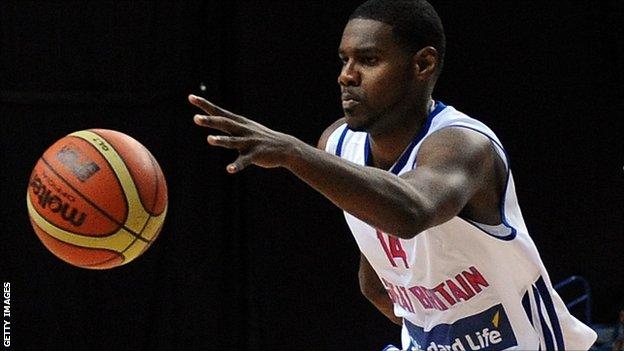 Great Britain cruised to a second straight victory over Portugal in as many days as they continued their Olympic preparations in Sheffield.

After Saturday's win, GB turned in a more rounded performance winning 86-66 with big contributions off the bench.

Kyle Johnson finished as the leading scorer for GB with 21 points, while Luol Deng had 14 and Eric Boateng 11. Joao Gomes scored 16 for Portugal.

"This was a continuation of the second half from Saturday. We just kept building on that and today we played outstanding for four quarters.

"Everybody really made a positive contribution to the game.

Johnson made his first seven field-goal attempts, including three big three-pointers, and finished eight out of 10 efforts from the field.

"I think that's my job on this team," the 23-year-old said. "I need to come off the bench and provide that energy. I think I did that today.

"Portugal were leaving me a little bit open but it felt good to knock those shots down. Credit to my team-mates for getting me open."