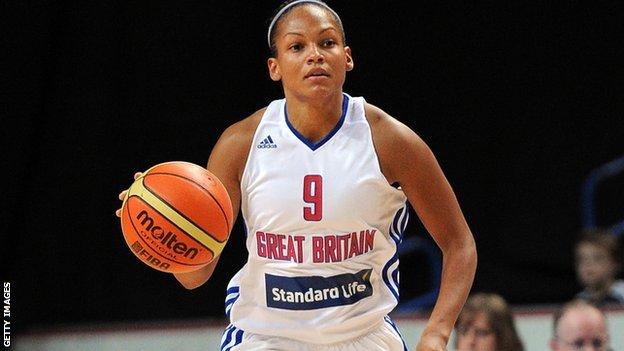 Great Britain's women enjoyed a huge confidence boost ahead of the Olympics with victory over France - ranked eighth in the world - in Sheffield.

GB recovered from Saturday's loss to Australia, rallying from 10 points down in the second quarter to win 74-67.

We can beat teams even if they are more physical, taller, bigger and stronger than us

Jeneya Wade-Fray gave her side a lift with a shot from halfway on the third-quarter buzzer that cut the deficit.

Britain, who beat Angola in their first Olympic warm-up match last week, will face France again in their penultimate group game at the Olympics along with Australia, Brazil, Russia and Canada.

"Two years ago, nobody in the basketball world would have said there was a snowflake in hell's chance of that happening, so it's been amazing," said coach Tom Maher after his 50th game in charge.

"Today, we struggled in the first half but in the second half we came out and we were proactive defensively. Our interior defence picked up and that's hugely rewarding for us because we've spent a lot of time on it."

Britain will face France at the Olympics along with Australia, Brazil, Russia and Canada.

Guard Stef Collins said: "It's always tough when you've not played a team like France before because you hear a lot about reputations and then you expect so much.