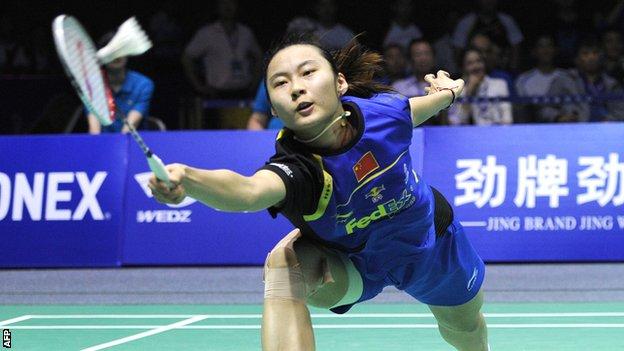 China's Wang Yihan is the reigning world champion after winning at the 2011 championships, which doubled as the London test event.

Her other major title wins include the 2009 All England, 2009 Sudirman Cup, 2011 Asian Championships, and the 2011 SuperSeries Finals. She first reached the world number one ranking in October 2009.

Wang blamed herself after China were upset by South Korea in the 2010 Uber Cup final, and lost her confidence.

Her subsequent form included a shock last 16 exit at the 2010 World Championships, and she lost her number one ranking. She said: "It was a big blow to me, sending me from heaven to hell."

She won her first title at the 2006 World Cup as an 18-year-old, when she beat two-time world champion and defending champion Xie Xingfang in the final. Her first SuperSeries title came at the 2009 Japan Open.